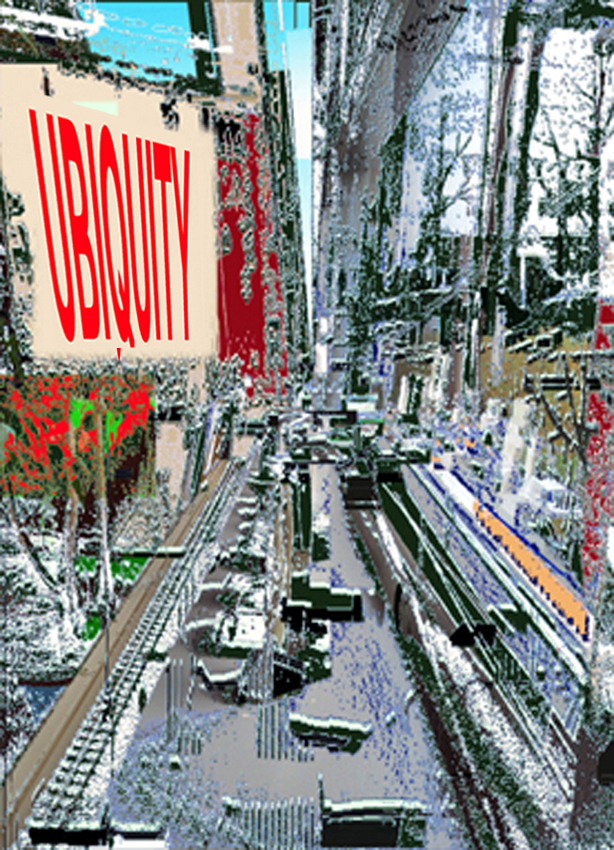 How many dimensions can we see? Three, on a 'normal day. On a 'normal' day, however, I might

be fooled into thinking I'm somewhere else - or many other places at the same time, while looking

at Immo Jalass's digital offerings. I can cross dimensions and have a foot in several. I can extend

the one dimension I'm in and reshape it to my wish. I can focus on a fruit color and have that color

move back or forward out of the fruit bowl. Immo Jalass makes us realize what scientific minds

tutorial - even the sleepiest student would be galvanized into realizing that, not only is this art,

but quantum textbook illustrations of 'leaping ' exercises. Look at these pictures, the math can

come later. Like someone learning music - hear the songs, play the songs and learn the sheet

symbols later...It is first about the feeling you get and the realization of something new and fantastic.

I am sure you get the general idea. I think Jalass has the most visionary point of view

this commenter has seen in a while. I love all kinds of art. Art can make you feel good, it can lift you

better. Jalass's work definitely makes my cogs turn. Please take a look and come to your own

conclusions. I don't want to push this down anyone's throat - it sometimes takes getting used to -

but I think you'll come around.

Meanwhile, we also have examples of his work from the 60's., pretty edgy and evocative - stands

the test of time in my view. He has sculpted with plaster and painted with oils and acrylic.

Here's a bio written by the artist:

culminated in an group exhibition at the Stedelijk Museum in Amsterdam in 1969.

In the new millennium, the artist has dedicated himself to computer art. After replacing the easel

and aesthetic needs and demands. The images presented by the artist are imaginary landscapes,

abstract expanses or shots of cities that seem to be taken on another planet.

image that takes on aspects of meditation and contemplation, or to put it in the words of the artist

into "images that rest in the movement”. The use of the computers is fundamental in this process

of crystallization of the speed and the change (or "carpe diem"). Unlike canvas and oil paint the

computer allows the creation and variation of many images in a very fast speed. Jalass is always in

search of landscapes that contain or at least make you presume "totality": the total image that can

awake in the viewer associations of omnipresence (ubiquity). The search for an image that contains

and sustains all the images is the goal of Jalass and even though this is, according to the artist, a

http://galeriejalass.tripod.com as a documentation of a valuable artistic and meditative research.

enlightened person for knowing him and his art. Ehoeveler

To see more of his work go to Immo Jalass

Oops, you forgot something.

The words you entered did not match the given text. Please try again.